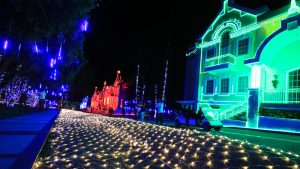 HUNDREDS of thousands of Christmas and LED lights blanket the facades of the whole Prayer Mountain— from the mansions, roads, lamp posts, trees, and foliage.

“Christmas Village at the Prayer Mountain” has been making waves of positive reviews since its opening in December 14 and is now known as a definitive and memorable Christmas wonderland in the heart of Brgy. Tamayong, Calinan District, Davao del Sur.

The Christmas Village is the first holiday theme park of such breadth and scale in the Mindanao Region. Created inside the Covenant Mountain and Paradise Garden of Eden Restored (CMPGOER) in the Christmas Village was conceptualized by only a handful of staff in less than 3 weeks and materialized within an incredible 15 day-span. 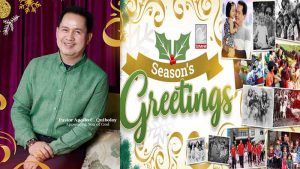 PASTOR Apollo C. Quiboloy made it all happen out of all the goodness of the Almighty Father.

Since its opening, thousands of locals, tourists, and people from all over the Philippines have enjoyed the one-of-a-kind experience and naturally invigorating atmosphere the Prayer Compound brings at this special time of year. The Christmas wonderland features grand Christmas décor, scrumptious food, live holiday music, a parade of energetic mascots and original characters, and — of course — snow! At night, the whole place is transformed into a show-stopping splendor magnified with of 610,000 Christmas and LED lights.

Unlike many commercial parks in the country, this spectacular holiday destination features more than 65 live pine trees, the highest of which towers up to a hundred feet, which are decorated as Christmas trees that adds to the Village’s authentic mountain feel and magical quality.

Each night concludes with a whimsical Christmas parade with Santa Claus, Mrs. Claus, Santa’s elves, and other Christmas characters and mascots, followed with a 3D mapping presentation which utilizes three three-story mansions (internally called the Blue, Pink, and Yellow Millennial Houses) as canvases. This is the first of its kind in the Mindanao region.

The Christmas Village was conceptualized for the benefit of the Children’s Joy Foundation, Inc. (CJFI), a registered non-profit institution or 501(c)(3) which actively operates all over the world including in the United States of America, Canada, Latin America, Europe, Africa, the Middle East, Asia, and Australia with its community and residential-based programs.

CJFI is founded by Pastor Apollo C. Quiboloy, the Executive Pastor of the Kingdom of Jesus Christ, The Name Above Every Name, which owns and operates CMPGOER.

THE nightly crowd of visitors 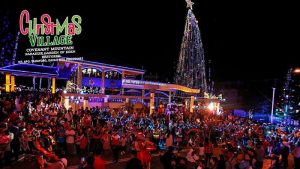 VICTORIA’S Restaurant’s facade is decked inside out with lights and Christmas decor like many other buildings inside Christmas Village. 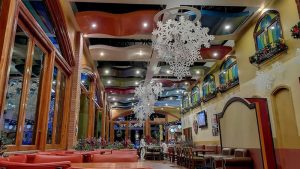 LET it snow in the Philippines! Only in Christmas Village. 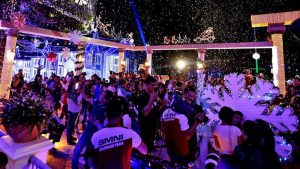 SANTA Claus and Mrs. Claus wave hello in his big red sleigh during the nightly parade of Christmas characters. 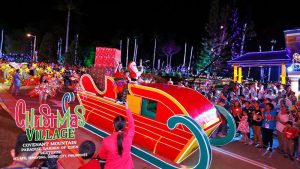 MASCOTS on the pose, makes the kids giggle in excitement. 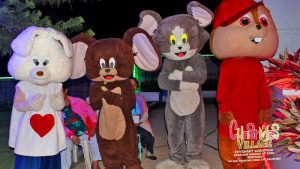 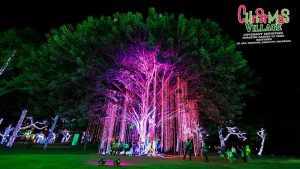