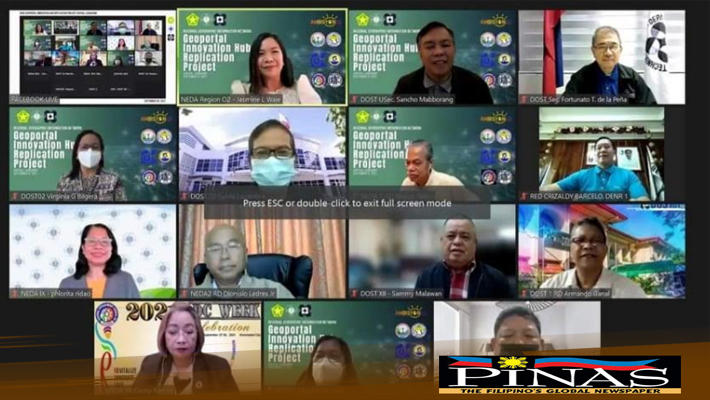 The RGIN has been created to establish a collaborative network of regional and provincial Geographic Information System (GIS) centers nationwide. It aims to provide accurate and up-to-date geospatial data and information, and facilitate easy access to geographic information services.

The DOST and NEDA regional directors from the six target regions where the project will be replicated, signed Memorandum of Agreement (MOA) on their partnership during the launch.

“As DOST Secretary, it is my goal to promote the use of science and technology, for us to provide efficient and relevant services in each region. May the RGIN Innovation Hubs provide solutions to challenges in our respective areas.” De la Peña said during the recent launch.

NEDA Secretary Karl Kendrick T. Chua, for his part, expressed his support for the RGIN replication project. He committed MEDA’s resource support for the operationalization of the RGIN Geoportal Innovation Hubs project.

“We believe that the use of technology, such as the RGIN Geoportal is the way forward in improving efficiency, effectiveness, and comparative advantage. I am optimistic this will play a vital role in identifying strategies and interventions to fast-track our economic recovery.” Chua stressed.

USec. Maborang who was former DOST 02 Regional Director, shared that he has supported from the vert start Secretary. de la Peña’s initiative in establishing regional RGIN Geoportal Innovation Hubs across the Philippines. ###